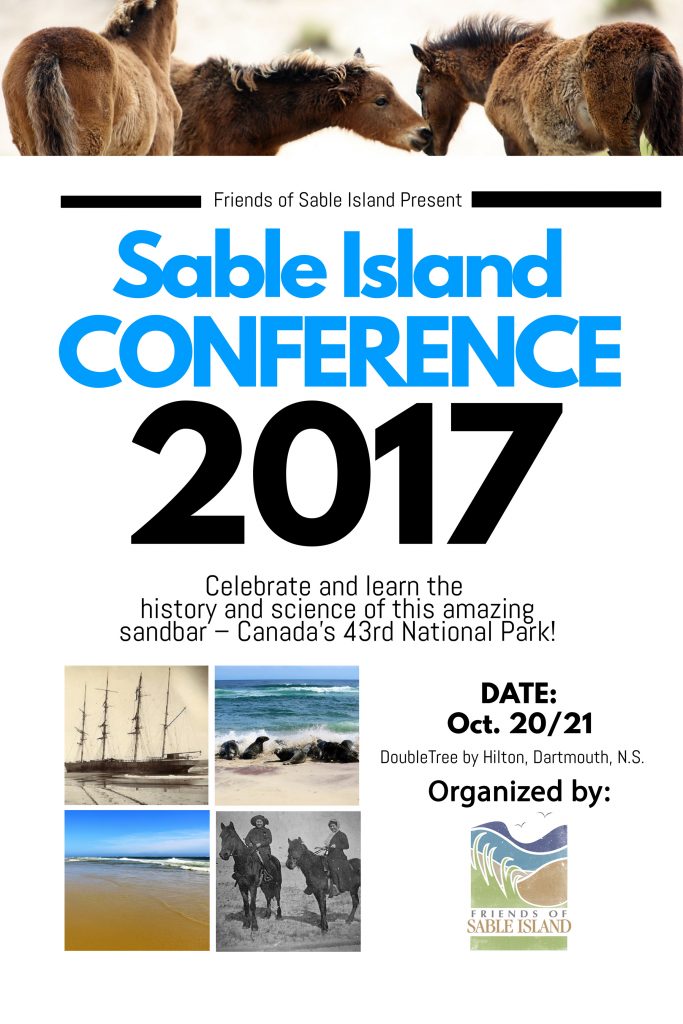 On October 20th and 21st, 2017, the Friends of Sable Island Society presented the second Sable Island Conference on The Science and History of Sable Island. The event featured 23 presentations on topics such as visitor experience, natural wonders, cultural history, and park management. It brought Sable Island to more than 130 attendees over two days. Feedback through evaluation forms identified a clear endorsement of opportunities for open sharing about Sable Island across disciplines to deepen both knowledge and caring for Sable Island.

Many thanks to everyone who made the Sable Island Conference 2017 possible: 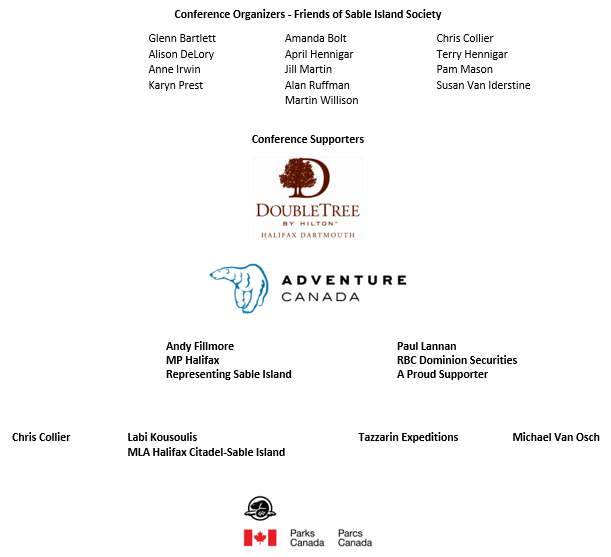 For a one-page overview of the full 2017 conference click here.
For a more detailed program click here.
If you missed it or would like to revisit any of the topics, the presentations can be found below. 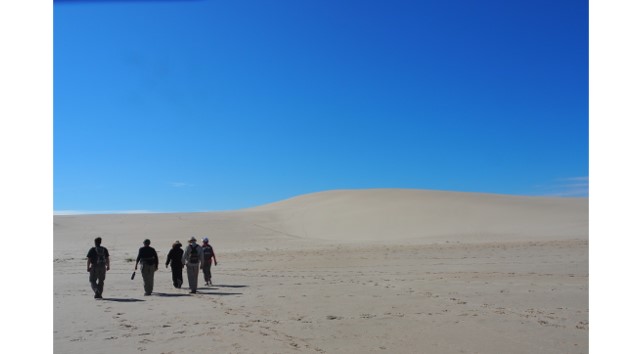 First time on the dune, family summers in the 70s, and historical perspective of habitation Within our culture, it is each generation’s duty to keep 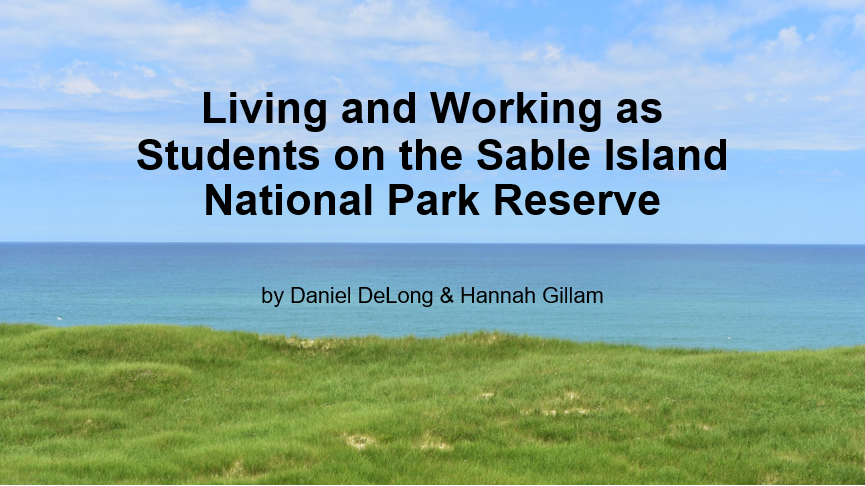 SI2017-B-4: Living and Working as a Student on the Sable Island National Park Reserve Daniel DeLong, and Hannah Gillam 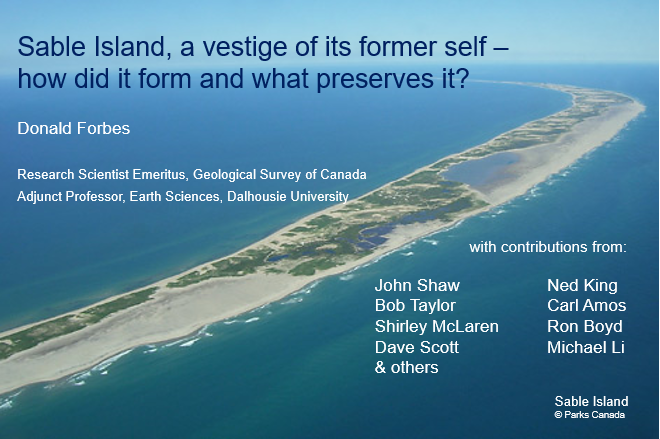 SI2017-C-1: Sable Island is a vestige of its former self: how did it form and what preserves it? – Donald L. Forbes

Geological Survey of CanadaDalhousie University In the dark early hours of November 9, 1987, CSS Dawson lay at anchor off the north side of Sable 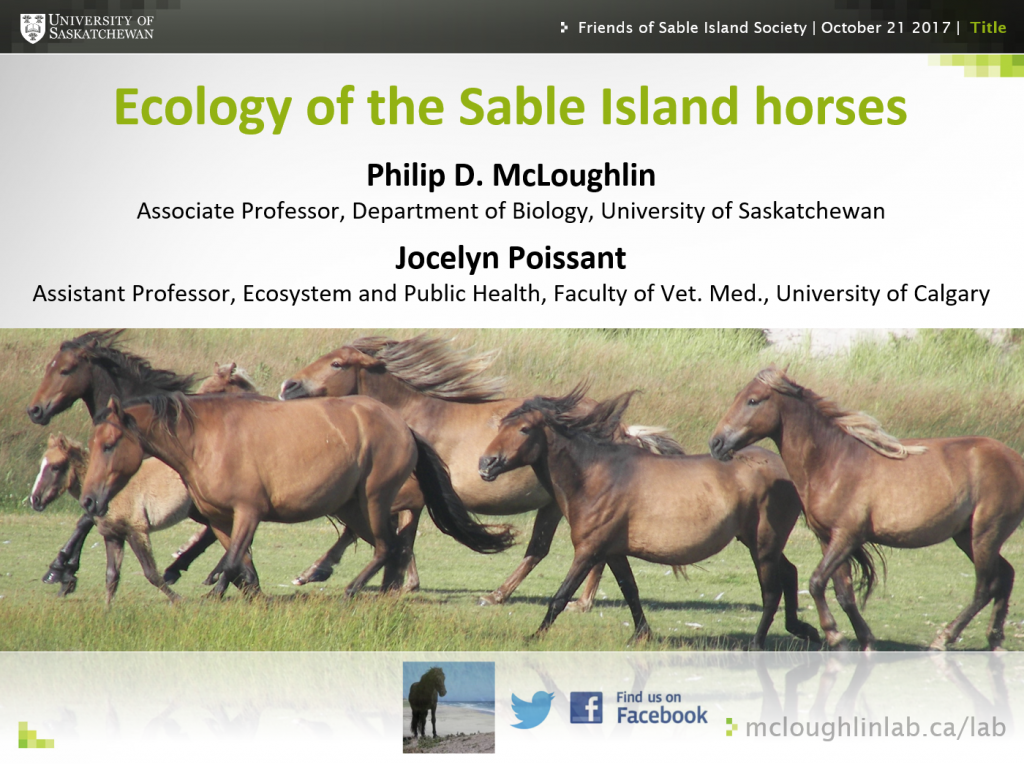 In 2007, we initiated a long-term, 30+ year individual-based research program on the ecology and evolution of the feral horses of Sable Island National Park 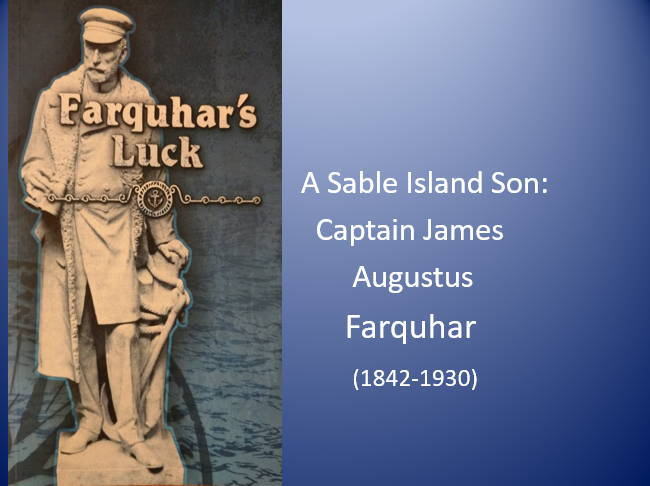 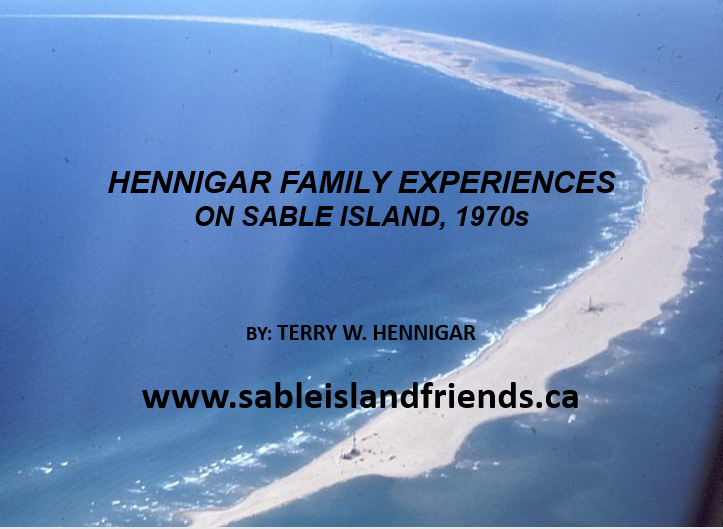 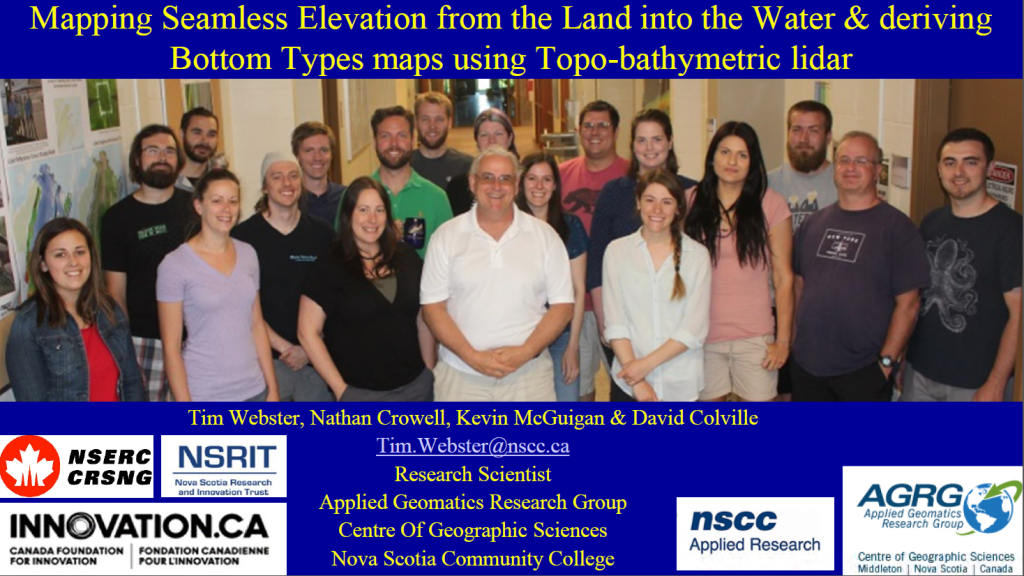 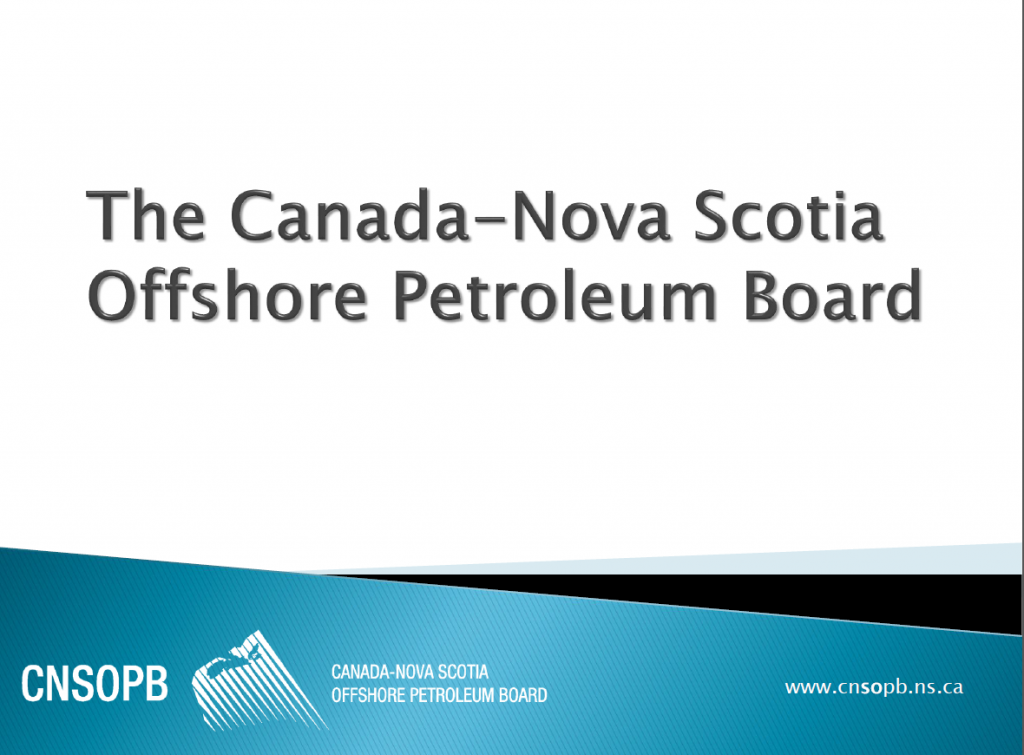 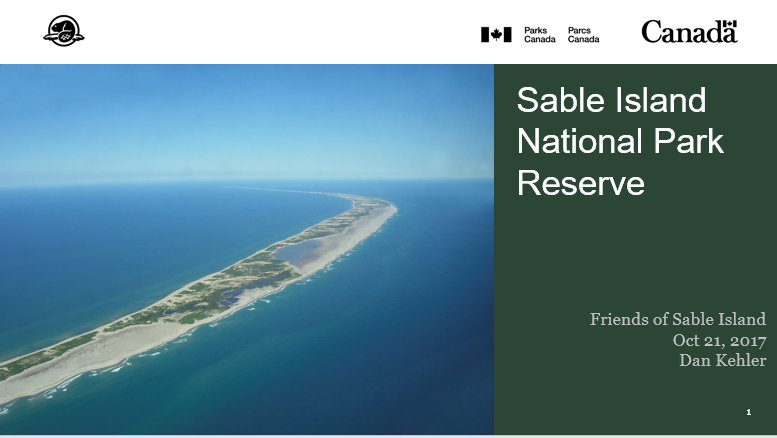 SI2017-E-5: Sable Island National Park Reserve – The Ecological Integrity Monitoring Program and an update on the State of the Park Report – Dan Kehler